You are here: Home1 / Congregations2 / Kingsview Christian Centre | Inverness
Maps were disabled by the visitor on this site. Click to open the map in a new window.

If you cannot hear anything or a previous service is still showing in the player, you may need to refresh this page to begin playing live (↻, F5, swipe down).

Our congregation gathers from many parts of Inverness, and further beyond, for worship on Sundays. There is a Bible study and prayer meeting on Wednesday evenings at church and throughout the week several house groups meet for fellowship. Provisions are made at Kingsview for families, including a crèche. There is a regular parent and toddlers group that meets at the church and we frequently hosts youth camps. Presbytery regularly meets at Kingsview for its meetings. The church also provides ministry to several nursing homes in the city and local care homes make use of the building throughout the week. There is a lunch every fortnight during the school term for the community. We host the Torch Fellowship meeting on the last of Saturday of most months.

For information on church activities or if we can be of any assistance please call the church office: 01463 716843.

To hear sermons from Kingsview visit our sermons page.

John Ferguson has been minister of Kingsview Christian Centre since 2011. Married to Louise, they have one son. In addition to ministry at church John edits the Scottish Bulletin of Evangelical Theology. 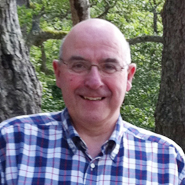 Donald Macaskill was born in Glasgow, but from the age of nine moved to Inverness and was there for thirty-five years. After schooling, he served his apprenticeship as a printing compositor in the local newspaper, the Inverness Courier. In 1964 he went into the printing business with his twin brother (the former and now retired Stornoway minister), in Inverness until 1981. He began studying for the ministry with the Open University in the late ‘70s and graduated with a BA degree in 1981.

Don prefers the city to the country and was delighted when he was asked to become the pastor of the newly formulated APC outreach congregation in Dundee. He was ordained as pastor there in December 1985. He is married to Margo and they have two children, Ross who is married in Glasgow with three children, and Marlene who is married in Bonar Bridge with two children.

Having retired from his charge in Dundee in 2016, he is now employed as a part-time evangelist in his Inverness congregation in Kingsview Inverness and is engaged each week in preaching the gospel throughout the highlands. Don relaxes by visiting his family and reading biographies and theology, and watching football on TV.